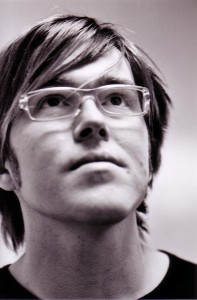 Mark Gordon started Score Draw Music in 2004 to deliver bespoke music towards the moving image. In the last 10 years the company has been commissioned by all major broadcasters in the UK to deliver incidental and title music for television projects from network drama to pre­school as well as supplying music to many of the major USA networks.

Score Draw has also delivered bespoke music towards a range of brands including Adidas, Durex, Reebok, Milka, Lidl and Skoda.

Most recently the company has been completing titles and all incidental music for a 39 part children’s television show for a series of global broadcasters including Disney Junior Latin America, ABC Australia, Canal + France, and BBC Kids in Canada, and Mark is currently scoring “Driftwood Bay”, a 52 part pre­school animation series distributed globally by the Jim Henson Company and voiced by actors including Stephen Fry, Ardal O’Hanlon, Peter Mullan and Jane Horrocks. He has also recently completed a 7 part series for the BBC and full score for a long form documentary narrated by an Liam Neeson.