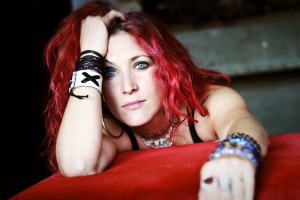 Described by Time Out as “a happy-go-lucky Hole,” indiepunk The Happy Problem were founded in LA by frontwoman Sam Shaber after touring over 200,000 miles and releasing 6 albums on her own label, Brown Chair Records. Shaber, who also fronts Brazil-based reggae rock The Good People of Planet Earth and Brooklyn-based dance rock trio The Bashful, has had songs featured in commercials, TV and film, including ABC, MTV, the CW, the Weinstein film “Butter” starring Olivia Wilde and Hugh Jackman, and a multitude of reality shows about pregnant teens – no one knows why. Sam is currently excited about The Happy Problem’s upcoming third album “Birth” which includes more introspective, emotionally honest songs about nothing less than life and death.