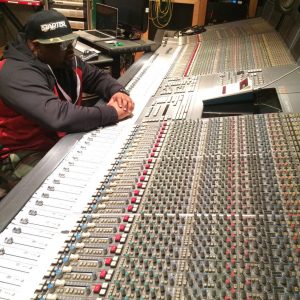 Hassan grew up in New York and began working in recording studios and producing as a teenager. His unconventional professional trajectory has led him to major cities all over America working in numerous music/creative capacities for record labels, publishers, licensing companies, radio stations, TV networks and ad agencies.

In the world of film, Hassan music supervised project like City Is Mines, State Property 1 & 2 and Training Day. Currently Hassan oversees production of music for Vh1, MTV, Fuse and Spike TV.
Everyone has an opinion about music (and you know what they say opinions are like) but delivering a soundtrack on budget and on time in a way that not only satisfies the creative demands of the project but also the legal delivery requirements of your distributor (making sure you get paid and not sued) is a skill born of experience and real, actionable industry knowledge –not just making sweet-ass mixtapes.

The bottom line is: Hassan Shareef can get the job done, no foolin’!