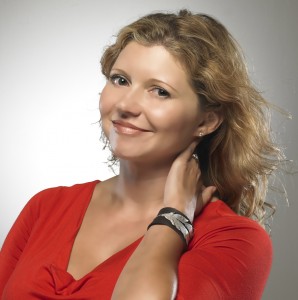 Sally House is Executive Producer with top LA-based music production company The Hit House. The Hit House is a premier custom music and sound design company in Los Angeles that specializes in trailer and commercial music. Their recent work has been used in national and global television campaigns for clients such as Lexus, Pepsi, Porsche, and Red Bull, and in motion picture campaigns for films like “Iron Man 3,” “Despicable Me 2,” “Thor: The Dark World,” “Pacific Rim,” “Frozen,”  “Anchorman 2,” “Epic, “Upside Down,” and “Bully,” among others.

Sally began her career at The Jupiter Drawing Room, a world-renowned advertising agency in Johannesburg, South Africa. Next was a stint at InterBrand, a global branding and marketing services-company. After InterBrand,  an opportunity at Ogilvy/Los Angeles brought her to the U.S.

From there, Sally transitioned to the client side of the business at Kenwood USA, where she was the Director of Marketing. After that, Sally became Vice President of Marketing at Clarion USA. And then the music business came calling.

Today, as the Executive Producer at The Hit House, Sally brings her vast marketing and branding experience to the music business. Besides her role as executive producer, Sally also initiated the creation of the Funny Bone and

RE: ACTION production music libraries. Tracks from these libraries have been used in a long list of movie trailers, television shows, and commercials.

Sally is responsible for all the ‘Between the Ears’ stuff at The Hit House.