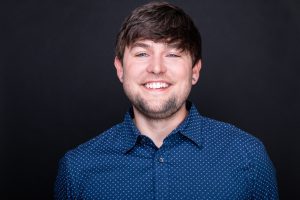 James is an artist/engineer that bridges the gap between music production and sound design. His
passions for electronic music and field recording has directed his work to express a unique timbre of
artificial and natural sounds in songs. He has a background in sound effect production, and he is
currently composing and designing music for brands.

James started his audio career as an intern at Sound Ideas. He catalogued thousands of sound
effects and production music. After his internship, he was hired full-time as an engineer and field
recordist. During his tenure at Sound Ideas, James travelled the world and recorded a variety of sounds
from weapons to exotic animals and much more. He was the recordist for The Series 15,000 Surround
Sound Library, the lead contributor for The General HD 4, and the creator of Glass Essentials for
Sound Designers.

After 5 years at Sound Ideas, James decided to work as a freelancer so he could focus more on
music production. As a freelance audio professional James has had a variety of experiences from
mixing and editing music to live sound and digital audio education; however, he is most passionate
about producing music and designing sounds for film and brands. The challenge of combining sounds
with music, expressing emotions, and directing these sonic elements to visual media is what James
loves to do!

James DJs and produces house and techno music under the name Telemetric. He also writes and
produces pop music in the duo called Chameleon Jukebox with David Macintosh (aka: Kashew Butter).