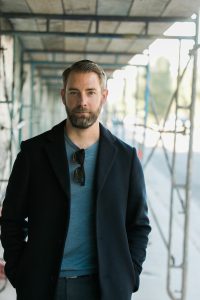 Jeff Pifher is an award-winning instrumentalist, composer, and producer. Recently he has received wide recognition with the release of the short documentary In the Same Direction: Jeff Pifher & Socrates’ Trial (2020) which chronicles Jeff and his band’s latest projects garnering 24 “Best Documentary” and “Best Music” awards from film festivals worldwide. With his band, Socrates’ Trial, he has released three studio recordings and one live recording since 2018: Socrates’ Trial (2018), Alternate Futures/Past Realities (2019), Anthem (2019), and Live at Bluewhale (2020). Jeff is currently executive producer, composer, and lyricist for the musical short film entitled Somewhere featuring talent from Wicked, Glee, American Idol, The Voice, and America’s Got Talent.

Jeff has received degrees from Eastman School of Music (B.M., ’07) and University of Miami (M.M., ’11) as well as a certificate in arts entrepreneurship from the University of Southern California. He has recently been a teaching artist through the Herbie Hancock Institute and UCLA program Jazz in the Classroom.