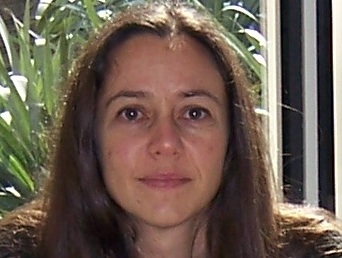 By the time she was 9 years old, Jennifer Mandel had decided that music was the life for her. Having grown up in a musical family (her father and uncle played jazz with such greats as Chet Baker) she took the requisite piano lessons and performed in choirs from a young age, and eventually began songwriting and performing in college while majoring in Audio Recording. Being the only woman in many of her classes didn’t deter her from pursuing her degree, but she realized that she was more compelled by creating the music than she was by the technical side. She performed solo and in several bands over the years, and even had a bit of radio airplay and movie and TV placement of her songs.

Post-college she worked at KCRW as a production assistant on Morning Becomes Eclectic, the pioneering radio show that has been responsible for breaking many indie bands. While there she met many an iconic musician and actor (ask her sometime; she has some stories to tell). Through KCRW she got an internship at HUM music, where she began her Music Supervision career. It was a trial-by-fire, where some days she listened to hundreds of songs for commercial placement. It was here that she learned the fine art of creative direction and music negotiation and clearance. Among many other things, Jennifer is responsible for choosing the song “Everybody’s Happy Nowadays” by The Buzzcocks for an AARP ad, pissing off Donnie Deutsch (the Advertising wundkerkind) to the point that he took out an article decrying the ageing of punk-rock America.

Currently, she is the Chef de Musique at Uncle Agnes Music, a boutique music supervision company of her own devising. She has been involved with everything from independent films and documentaries to television to Major League Baseball. She is also an avid LP collector; read all about her forays into the dusty grooves of yore in her blog It Came From The Dollar Bin.