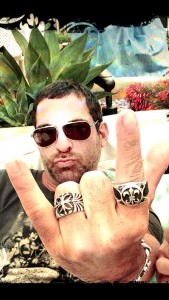 Owner of Los Angeles based ShowRunner Music, Jon Ernst is a much sought-after music supervisor, composer and songwriter.  Jon’s television career began as “PianoBoy”, the on-camera musical director of the classic MTV game show “Singled Out”.

Jon was later tapped as the music supervisor on MTV’s mega-hits “The Hills” and “Laguna Beach” and has continued to work in that capacity on numerous other shows since.

As a composer, Jon scored most episodes of VH1’s legendary series “Behind The Music”, and these days contributes more than his fair share of original songs, themes, and instrumental background score to TV shows everywhere, via his ShowRunner Music library.

Recent supervision projects include VH1’s scripted hits  “Hindsight”, “Hit The Floor” and “Single Ladies”, alongside unscripted series A&E’s “Big Smo”, CBS’ “The Briefcase”and ABC Family’s The Vineyard”.  A native of Chicago, Jon studied at Berklee College of Music in Boston and is a graduate of the University of Florida.