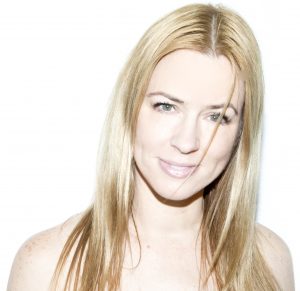 If Sade & Annie Lennox combined their voices, the result would be the cool, soulful vocals of Jess Domain. Her sonic edge was initially influenced by her childhood in Motown, touring with Aretha Franklin & growing up with Mitch Ryder in the family. The Miami Herald, Detroit Free Press, Hour Detroit Magazine & The Oakland Press have featured Jess in articles highlighting her performances at concerts & festivals around the US. Jess opened for the headliner at the 15th Annual Aqua Girl Festival in Miami Beach & was also invited by super producer Don Was to be his featured vocalist at Detroit’s International Music Festival, The Concert of Colors.

Jess lives & performs in New York City as a singer & actor. In 2015, she originated the role of Goddess “Akka” in the Off-Broadway immersive musical theater production, Serenade. Theaterpizzazz.com reviewed her performance & mentioned: “And Jess Domain, as the goddess Akka, an already accomplished dancer and singer, whose lithe movement and beautiful voice are especially enchanting.”