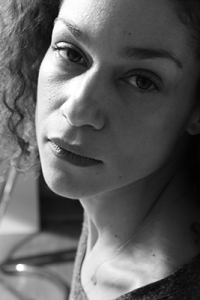 At the same time, she created Warm Music in 2001 and started with DJ mix of very special electro progressive style of projects, in beautiful classy packaging and signing electro pop, electro Jazz, hip hop, folk…. more info is at warm.fr

Then, in May 2001, she left EMI to live in New York city, where she worked with Studio K7! and Global Undergroung UK. After 9/11, she went back to France, continued Warm and worked for Atoll Music Distribution for 4 years, where she was head of catalog for niche market music. After this position, she focused on publishing and syncs, and little by little it became a famous sync agency specialized in the US market.

At this time, she was the one of the only French persons who had access to this fantastic market. Prospecting and making syncs deals for Wagram, Atmospheriques, Native Tongue, Remark, Roy Music, Dreyfus (before it was bought out by BMG), Sober&Gentle, Ascot Music….

And, for some artists such as Wax Tailor, Brigitte, Kool Keith, Yeti Beats, LMT Connection….. In the meantime Bridget O’Gara Bloom and her decided to collaborate and we are still business partners for music placements.

Since October 2012, she has worked with Budde Music France, as creative manager and A&R.