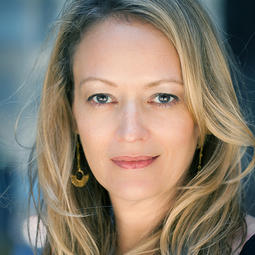 Jennifer was appointed the role in early 2010 after 11 years as outside entertainment counsel for Jay-Z at the entertainment firm, Carroll, Guido & Groffman.  At S. Carter Enterprises and Roc Nation, she not only provides legal counsel protecting Jay-Z’s intellectual property and that of Roc Nation, she sources, negotiates and vets potential business opportunities for Jay-Z personally and the other subsidiaries of Roc Nation, including Roc Nation Sports & Roc Nation Management, the roster of which includes such high profile athletes and artists as Rihanna, Kevin Durant, Shakira & Robinson Cano.

In this capacity, she participated in the cutting edge partnership between Jay-Z and Samsung as well as the Budweiser Made partnership.  On a company wide basis, Jennifer also participates in the strategic development of Roc Nation across all company divisions.

Jennifer is currently on the Board of Directors of 360 Management, a joint venture between Roc Nation & 360 Management, the managers of massive EDM DJ’s Calvin Harris & Deadmau5.  She also serves on the advisory board to the WIE Network – a woman’s organization founded by Dee Poku to empower the female leaders of the future and on the advisory board to Raise.com, a Chicago based online company optimizing the peer-to-peer secondary gift card marketplace.

Justice joined S. Carter Enterprises & Roc Nation from leading New York law firm Carroll, Guido and Goffman LLP in 1998, where she was made a partner in under 4 years specializing in the music industry.  During her 11 year tenure, her clients included Jay-Z, Roc Nation, Mark Ronson, Slipknot, Sean Kingston and Wolfmother.  As a partner at CG&G, Justice negotiated the partnership of S. Carter Enterprises & Roc Nation with Live Nation.

Following her graduation from Cornell Law School, where she also served as the Note Editor of Law Review, Justice was a litigation associate at Hughes, Hubbard and Reed. Prior to her legal career, she worked for the prestigious Kings County Prosecutors Office in Seattle, Washington running the sentencing unit.

Jennifer received a J.D. from Cornell University and holds a B.A. in political science from the University of Washington in Seattle.  She resides in Tribeca in New York City with her son & daughter.