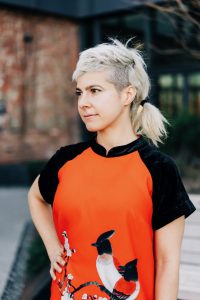 Joan Pattarozzi is a seasoned music and entertainment attorney and business affairs executive. After several years on the artist/producer/independent side at boutique music firms in NYC, Joan transitioned to a series of in-house roles for some of the most impactful brands and entertainment companies in the world, broadening her expertise in many facets of the music business, especially as it intersects with brands, various digital media, and film / tv production.

In 2016, Joan was recruited by Netflix to be a founding member of their Music Team. She joined the company as Music Counsel (Production), on the heels of its global launch and as it was transitioning from a streaming platform into an industry-leading film / tv studio and producer of original content. During her three-year tenure, she was a critical part of establishing the role and reputation of the pioneering Music Team within the rapidly growing studio and within the industry.

The most difficult decision of Joan’s career was to leave Netflix in the Spring of 2019, in order to build something of her own. With Netflix as her founding client, her own practice has grown and allowed her to expand her expertise further, while deepening her connection to the pulse of current issues impacting creators, distributors and audiences.