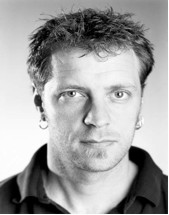 Jodie has established the CCS Rights Management Company based in Toronto. The globally minded company is rooted in the stability and business discipline of music rights management while extending those skills into non-music IP, brand development and strategic management for content creators.

Jodie is President of the Canadian Music Publishers Association (CMPA), where he is active in lobbying, copyright reform and media relations. He sits on the Board of Directors of SOCAN and the CMRRA. He was named Canadian Music Publisher of the Year three out of four years at the annual CCMA awards, as well as Publisher of the Year at the annual CMW Industry Awards. He is a founding patron to the Canadian Songwriters Hall of Fame and is the co-founder of the Unison Benevolent Fund. He continues to work for copyright reform.

Back to Speakers page