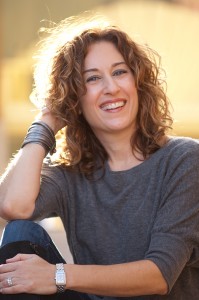 Julia Michels is an independent Music Supervisor who has enjoyed a rewarding career in the film music industry for over twenty years. She’s about to begin post-production on Pitch Perfect 2 (Gold Circle Films/Universal Pictures), the sequel to 2012 cultural phenomenon, Pitch Perfect. Other current projects include Beyond the Lights (BET/Relativity Media) an urban love story featuring original music by The Dream and The Nest (Universal), a comedy starring Tina Fey and Amy Poehler, directed by Jason Moore. Recent and upcoming releases include The Other Woman (Fox), starring Cameron Diaz, Leslie Mann, and Kate Upton, directed by Nick Cassavetes and And So It Goes (Castle Rock Entertainment), directed by the legendary Rob Reiner and starring Michael Douglas and Diane Keaton.

Prior box office success includes Pitch Perfect (Gold Circle Films/Universal Pictures), winner of top soundtrack at the American Music Awards and currently the best-selling soundtrack album in digital history, as well as the lucrative Alvin & The Chipmunks: Chipwrecked! (Fox), the illustrious Sex & The City (1 & 2)(New Line Cinema/WB), critically acclaimed drama The Blind Side(Alcon/WB), beloved family trilogy Diary of a Wimpy Kid (Fox), and the indie film A Single Man (The Weinstein Company), which was nominated for Best Original Score at the Golden Globes.  Other notable films she has supervised include Hope Springs (Mandate Pictures), Marley And Me (Fox), the Oscar Nominated (Best Song) and Grammy Nominated (Best Soundtrack) August Rush (WB), and the 2006 blockbuster The Devil Wears Prada (Fox).

Before her independent status, Julia most recently held the position of Sr. Vice President of Music for MGM Pictures, overseeing such films as Be Cool, Beauty Shop and the remake of The Pink Panther.  Before working at MGM, Julia was the Vice President of Soundtracks at EMI Records.  In this role she oversaw soundtracks for all the labels in the EMI family including Capitol, Virgin, Priority and Blue Note records.  Prior to EMI, Michels spent four years as the Vice President of Music for Twentieth Century Fox.  Here she supervised all music for features produced by Twentieth Century Fox, Fox 2000, Fox Searchlight and Fox Animation film divisions.  She was the music executive on such projects as Daredevil, Unfaithful, Down With Love, and The Banger Sisters.  Before joining Fox, Michels was the Director of Soundtracks for Capitol Records and was instrumental in the creation of such soundtracks as Hope Floats, Good Will Hunting, There’s Something About Mary and Never Been Kissed.  During her extensive career in the film/soundtrack business, she has also been a music editor, a co-owner of an independent record label, and an agent for film composers.