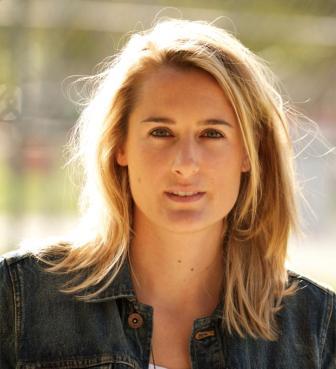 Kasey Truman, Music Supervisors at Chop Shop Music Supervision works on shows and films that include Grey’s Anatomy, Scandal, Supernatural, The Bachelors, Unforgettable, iZombie and The catch. Past shows include Private Practice, Chuck, Gossip Girl, Hart of Dixie, Mad Men, Suburgatory, Rescue Me, Off The Map, FlashForward, Numb3rs and Without a Trace. She supervised films that include the indie film Sassy Pants, the Veronica Mars film and soccer documentary Pelada.

Other Chop Shop film projects include a five film/soundtrack run with the Twilight Saga, The Perks of Being A Wallflower, Warm Bodies, The Dilemma, Water For Elephants, Remember Me and New In Town.

Kasey has been with Chop Shop since 2007, but got her start in music supervision working as a coordinator for Mary Ramos in 2004 (Be Cool, Freedom Writers, The Big White, Keith and I’ll Always Know What You Did Last Summer). She is a graduate of Duke University (Bachelor of Arts Psychology), where she was the captain of the Women’s Soccer team. She also earned a Master’s Degree in Sport Psychology from Cal-State Fullerton.