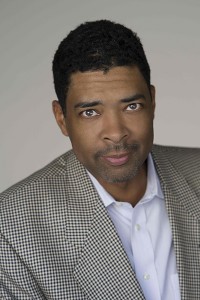 Keith Clinkscales is the Chief Executive Officer of REVOLT Media & TV, a post he assumed in 2013 after being appointed by REVOLT Founder and Chairman Sean Combs.

An expert on new media, lifestyle and culture, Clinkscales oversees an aggressive strategy to make REVOLT the #1 name in music by focusing on building a network that is real-time, multi-platform and fueled by artists and fans. As CEO, Clinkscales led REVOLT to become the third largest, independent network launch in cable television history, surpassing the launches of Oxygen, NFL Network and NHL Network, reaching 50 million young adults through its platforms.

Emmy Award Nominated and two-time Peabody Award Winner, Clinkscales’ list of accolades is extensive. His start in the media industry began with Urban Profile, a bi-monthly publication, which he co- founded in the late 80s, dedicated to young urban culture. This would act as the foundation for an illustrious career that has spanned more than 20 years. Following the sale of Urban Profile in 1991, Clinkscales was recruited by Time Inc. to lead Vibe Magazine, founded by Quincy Jones, the first national media property predicated on the concept of urban culture. With Clinkscales at the helm, Vibe would be nominated for five National Magazine Awards and go on to be one of the fastest growing and most influential magazines in pop culture history. The launch of Vibe.com in 1994, would be groundbreaking as well, being one of the first in the publishing world to recognize the potential of the internet. This experience at Vibe led to the launch Vanguarde Media, Inc, which became one of the most diverse minority-owned African American media organizations, publishing HONEY, Heart & Soul and Savoy.

Clinkscales’ passion for quality journalism has earned him over 40 credits as an executive producer of films and documentaries, many of which were earned during his 8 years as a Senior Vice President at ESPN. During his time at ESPN, he created the award winning and critically acclaimed sports documentary series “30 for 30”, launched ESPN Films, and supervised the creative production of properties including The ESPYs and X Games. He also managed and cultivated ESPN the Magazine, and led the ESPN Books team, which published a number of New York Times Best Sellers. In 2012 Clinkscales launched his own mutli-platform sports news organization, formerly in partnership with ESPN, called the Shadow League Digital.

His career exemplifies a keen understanding of the evolving media needs and interests of today’s youth consumer. His reputation for producing content that innately combines pop culture and passion platforms like music and sports has earned him top executive honors from Crain Communications, Advertising Age, CableWorld Magazine, Black Enterprise and the American Advertising Federation Hall of Fame. He is also a two-time recipient of the National Association of Black Journalists (NABJ) Excellence in Journalism Award, has been listed among the 2014 CableFAX 100 as an industry power player and is a proud member of the Producers Guild of America.

Clinkscales earned an MBA from Harvard Business School, where he recently received the “Professional Achievement Award” from the business school’s African-American Alumni Association. He earned a BS in accounting and finance from Florida A&M University, where he serves on the school’s Foundation Board. Clinkscales currently serves on advisory boards for Howard University School of Communications, MillerCoors and PepsiCo.