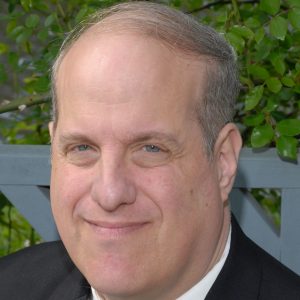 Ken Wank is an award winning songwriter who has been writing pop music since the mid-1980’s. He was inspired into songwriting primarily by the pop music of the 1970’s and some 1960’s. Ken’s songs cover the pop spectrum and vary in feel from the pop music of that 1970’s era reminiscent of The Carpenters, Abba, The Partridge Family and Anne Murray into the 1990’s Euro/dance era similar to artists like Bananarama and Kylie Minogue and up until today’s edgier pop market with the feels of Brittney Spears and Jennifer Lopez.

“I want my songs to evoke the feeling of happiness with feel-good pop/dance and pop songs, ie. “I’m Fallin’ For You”, “I Never Knew A Love Like This” and “You Started Something Inside Me”, the intrigue of edgier pop songs, “Ain’t Gonna Wait For You Forever”, “Mysterious” and “Intellectual” and the feeling of heartbreak with the gut-wrenching ballad “How Was I To Know” ” says Ken.

Ken has had some songs released by some pop acts in Europe as well as an original Christmas song, “I Can’t Wait For Christmas Day” on a dance Christmas album, “Super Dance Christmas Party Vol 3” and his latest Christmas song, “What Could That Be UnderThe Christmas Tree” was recently featured on WNIR’s International Indie Radio Holiday Spectacular Program with
the link to the show and review link below. He has received about 30 songwriting awards from various worldwide songwriting contests including The John Lennon Songwriting Contest, VH-1 Song Of The Year Contest, The UK Songwriting Contest and others.

In the last number of years Ken has focused his efforts very heavily in the sync world having placed some pop/dance songs into fitness DVDs and a dance rhythm game. During the past year he has also worked for the publishing company SongStar International promoting the pop songs of Mike Appel, who was Bruce Springsteen’s first manager, Rob Martin(the president of SongStar) and the country songs of Rob Martin and Frank Maroney(who has written for Sony Music).

Links To Radio Christmas Show And Review By Indie Spoonful:
WNIR ‘Holiday Spectacular’ Radio Special
Ken Wank – ‘What Could That Be Under The Christmas Tree’