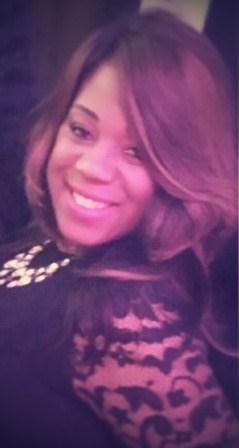 KIMBERLEY WILLIAMS – is the CEO and founder of OMC Music Group, a New York City based publishing and management company representing all genres of singer/songwriters, producers and composers for TV, film, advertising & all multimedia. With over 16 years in the music industry, Kim has worked directly on the startup marketing campaigns for Kid Rock, Jewel, Missy Elliot and Michelle Williams (Destiny’s Child) at various labels such as Atlantic Records, Elektra Records and Sony Music. Kim eventually moved into the Digital and Entertainment space handling talent, licensing and consumer product placement for Viacom Media Networks, MTV & Nickelodeon in original programming. Finding her true calling as an artist developer, prompted Williams to create OMC Music Group. There she utilizes her skill for cultivating and educating independent artists to take control of their own careers, while guiding their day to day activities. Kim continues to bring her fire and passion to OMC, helping to create placements and marketing opportunities by pulling from her extensive background in event planning, publishing, music media licensing and artist management.

Williams is no stranger to the music entertainment business. A performer since an early age, Williams was classically trained in voice, piano and theory at The Cleveland Institute of Music, Bowling Green State University and New York State University’s Cap 21 Conservatory & Theatre Company’s Graduate Program. As an adult, she was a signed artist with SBK Records where she learned firsthand the business of music. Williams has seen success on a professional level securing live action and voice over talent for various music, media and licensing outlets for shows such as Teenage Mutant Ninja Turtles Series, SpongeBob SquarePants, Dora The Explorer and Victorious; and independently on hit networks such as Oxygen, CW, Nickelodeon, MTV as well as indie films, commercials and sporting events.

Kim’s infinite network of industry connections and relentless work ethic has enabled her to put each and every idea into motion to land artists the exposure they need in every sector of the business. OMC uses cutting edge technologies and marketing tactics to set itself apart from the competition. OMC Artists write and perform on every level and visually captivate the audience on stage. The roster has what is sorely missing and needed to compare and counter icons such as the likes of Luke Bryan, Iggy Azalea, Katy Perry, Dave Matthews, Ke$ha and so on. Kim’s team at OMC has eyes and ears for placements in animated, live, scripted and award shows and is positioned to be a solid go to in the world of licensing and sync be it EDM, Country Crossover, Alt Rock, Pop or R&B – OMC is here to stay!