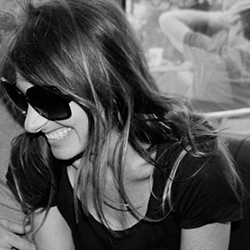 Ann Kline earned a BA from UCLA and a JD from Southwestern University School of Law.  She practiced law in the music department of the William Morris Agency before starting a career as a music supervisor.  For the bulk of her career she ran the music department for John Wells Productions. In her position at JWP she supervised many television series’ including ER, The West Wing, Third Watch, and the feature films White Oleander, Nearing Grace and The Company Men.  Outside of her work for JWP, she supervised the TV series Studio 60 on The Sunset Strip, Pan Am, Harry’s Law and A Gifted Man and worked on such films as 20 Dates, Suicide Kings, Jackie Brown and the recent release The Babymakers.  Currently she is working as an independent music supervisor on Shameless, The Lying Game and Under The Dome.  Outside of music supervising, she has taught the UCLA extension class on Music Supervision.