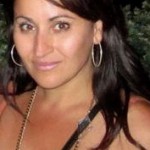 Having been a professional and successful artist herself, Koo Abuali founded FireWire Music Company in 2005 and has built an accomplished career as a Music Supervisor, Publisher, and Manager.

Koo also serves as Executive Producer and Partner at Apollo Music US, which represents an exclusive collective of artists and composers.