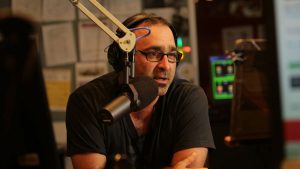 Please join us on October 10, at 10 AM Pacific/1 PM Eastern, with Music Supervisor, DJ/KCRW, Jason Kramer for what promises to be a fantastic Supervisor Listening Session.

Jason Kramer is one of the leading music supervisors and creative music advisor in the music business. He was the head of music supervision for Elias Arts, a prestigious music production company. During his time at Elias, Jason has worked on more than 1,000 commercials. Jason also won the award Best Music Supervision in Advertising by the Guild of Music Supervisors for 2013 and nominated in 2014. He has since worked on high profile commercials, opened his own sync agency called One Drop Sync and manages artist Hayden Everett. He donates much of his time with non profit organizations including Music Unites, Grammy Foundation and also the California Fire Foundation.

Outside of music supervision, Jason is the host of his popular radio show every Tuesday nights on 89.9 fm KCRW in Santa Monica. He has been part of the KCRW team for 22 years and is known for playing the freshest tracks and early support of some of the biggest artists today introducing some of the most popular artists to date including Billie Eilish, 1975, Florence and the Machine, Hozier, Anderson Paak, Tones and I, Ed Sheeran and so many more. He has previously worked with Nike and was instrumental in creating their Spotify playlist which became one of the top lists. Recently for the last few years he has been a pundit for BBC sound of 2020 and 2021 picking the next new artist to come out of the UK.