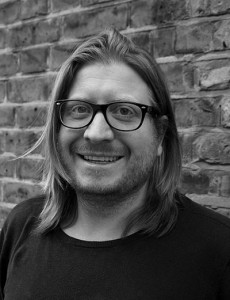 Danny Layton joined Shine Group as Director of Music in January 2013 where he drives music strategy for Shine Group’s global network of production companies throughout Europe and Australia.

Danny collaborates creatively and commercially with production companies throughout Shine Group to commission and license the best music for their programmes across scripted and unscripted content.  Recent projects include overseeing the soundtracks for recent major award winning dramas Broadchurch (ITV),  Utopia (C4) and is currently working across forthcoming scripted titles, From There To Here (Kudos for BBC) and Grantchester (Lovely Day for ITV)

Working closely with the distribution and format divisions to manage licensing and exploitation across Shine content, Danny is also responsible for the growth and  development of Shine Group’s music rights internationally, advising across ground-breaking entertainment and factual formats such as MasterChef, One Born Every Minute, Anything Goes/ Slide Show and The Biggest Loser.

Prior to his current role, Danny had over ten year’s experience as a music supervisor and in music publishing for Film and TV companies.  He began his career in music at RDF Media working as music supervisor on major formats such as Faking It, The Secret Millionaire, Wife Swap and Shipwrecked.  Later, as Head of Music Publishing and Music Supervisor for Zodiak Media Group, Danny was instrumental is setting up an innovative Film and TV music publishing and music library division, overseeing a diverse catalogue that included film and drama (The Girl with the Dragon Tattoo, Wallander, Being Human), kids (Waybuloo, Mister Maker) as well as quiz, factual and daytime formats (Tipping Point, Ladette to Lady, Scrapheap Challenge)

Shine Group is an international television production and distribution group with 26 production companies across 11 countries creating both scripted and unscripted including major global formats such as MasterChef, The Biggest Loser and One Born Every Minute, as well critically acclaimed scripted series including The Bridge, Lillyhammer, Broadchurch, The Hour and Utopia.