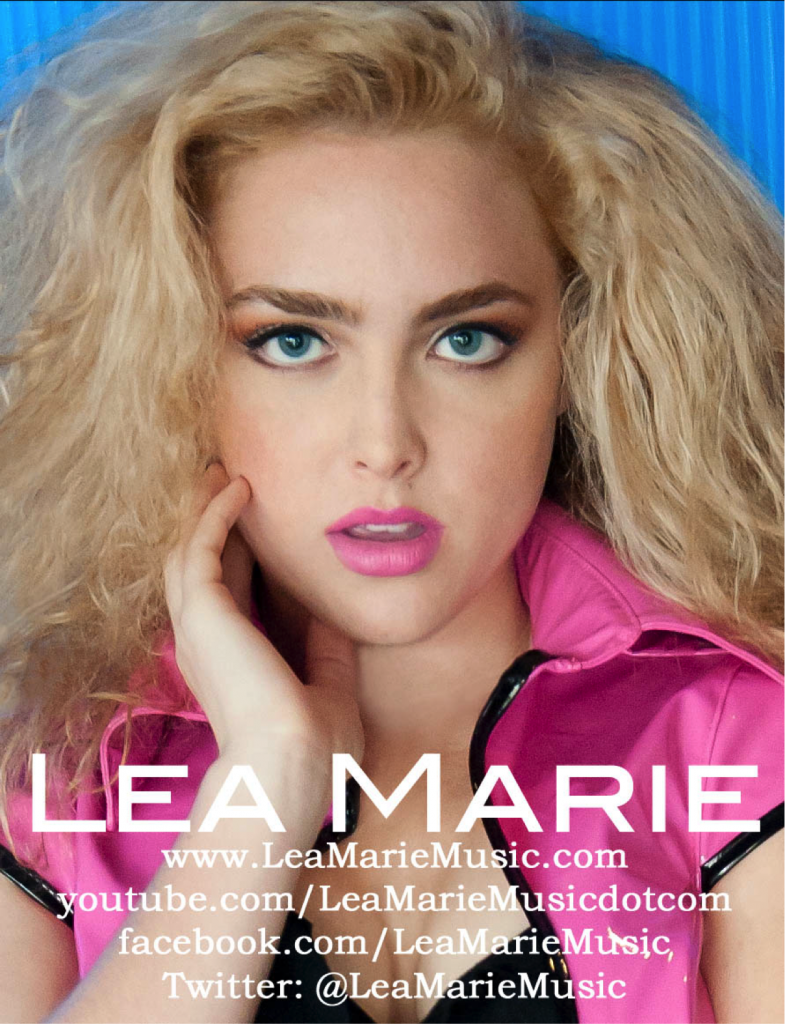 Who is Lea Marie?

Pop Singer/Songwriter Lea Marie describes her music as “Ma-Gaga”, an exciting cross between Madonna & Lady Gaga.  On her sophomore album, “Undercover Lover”, which was released on May 22nd, her influences are evident. In addition to “Ma-Gaga”, there is also some Britney, JLo, Katy Perry & even the other Perri, Christina thrown into the mix.

Lea Marie’s Single “Take Me For A Ride” is a clever play on words with double innuendoes throughout the song with an incredibly catchy hook “Honk Your Horn For Me” & a contagious beat.

The Music Video of this song on her Youtube channel has One Million Views:  youtube.com/LeaMarieMusicdotcom. Track 3, “Undercover Lover” (the Album’s title) grabs you with its 4 to the floor driving beat & humorous lyrics. The 4th song, switches gears with a Pop Ballad. “Turning Me On” showcases Lea Marie’s songwriting talent on piano which clearly exhibits her unique Piano Pop sensibilities.

Lea Marie is the New Pop Princess with an added twist, writing all of her own songs solo.  To date, she has composed well over 200 Original Pop Songs on Piano. Her love of Pop Music radiates throughout the entire “Undercover Lover” album.

Lea Marie was on the Opening Night of American Idol in 2008 as the 1st contestant ever on the TV Show as a Songwriter 1st & a Singer 2nd. She presented her huge songwriting book to Mega Hit Songwriter Kara DioGuardi who commented about the dedication of the then 16-year-old.  “Lea Marie’s got it all- the voice, the songs, & the look,” states Jason Blume, an industry veteran and songwriter for artists such as Britney Spears & the Backstreet Boys.  “I’ve worked with countless songwriters & have rarely found any who show as much talent and promise…”

She burst onto the L.A. music scene after being rated the “#1 Pop Demo” in Music Connection Magazine.  She performs at various clubs in New York, Connecticut, Los Angeles, Nashville & others. “Lea Marie’s talent and work ethic put her at the top of my list of singer/songwriters most likely to succeed,” stated John Braheny, author of “The Craft and Business of Songwriting.”  Her Pop Music has developed into a dynamic blend of “infectious pop tunes, catchy hooks & beats for edgy ear candy with powerful storytelling lyrics.”

Check her out at: