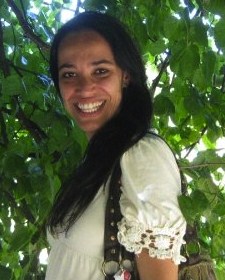 Raphaella Lima has been with Electronic Arts (EA) for nine years. In her position as Music Supervisor, she oversees the selection of licensed music and the creation of custom songs for several EA franchises. Raphaella also heads the production of EA Recordings, a division in charge of digital releases of all EA-owned music assets. She is the liaison with musical talent for all PR and marketing executions, including interviews, appearances and events, nurturing relationships with artists and managers and building long-term partnerships with great impact on artists’ career development. Electronic Arts Inc. is a leading global interactive entertainment software company. EA develops, publishes, and distributes interactive software worldwide for video game systems, personal computers, wireless devices and the Internet. Some of EA’s most popular games include FIFA, Madden NFL, Battlefield, The Sims, and many more. Get a behind the scenes look at how one of the largest and best video game empires makes the magic happen on screens around the world! Some of Lima’s credits include FIFA Manager 12, Fight Night Champion, Dante’s Inferno, Battlefield 1943, BattleForge, FIFA Soccer 10 (2009) G.I. Joe: The Rise of the Cobra, NBA Live 10 (2009), The Saboteur, NHL 09, EA Playground, The Simpsons Game, The Godfather: The Game and many more.