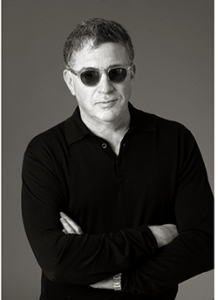 Steve Lindsey is an American record producer, songwriter, music publisher, and executive with experience in the music industry spanning over three decades.
Steve began his career in the music business as a highly skilled studio musician before transitioning to producing pop records. In the late 80’s and early 90’s, he was recognized as one of the industry’s top record producers working with artists such as Celine Dion, Elton John, Bill Joel, Leonard Cohen, Aaron Neville, Randy Travis, Trisha Yearwood, Marvin Gaye, and The Temptations among many others. Steve’s uncanny gift for artist and song development is what distinguished him from the rest of his competition, enabling him to sell well over 30 million records as a producer.

Lindsey opened Blotter Music Publishing in 1995, which quickly became a leading independent music publishing company with number one hit records such as Kelly Clarkson’s “Breakaway,” Eminem’s “The Real Slim Shady,” Eve’s “Let me Blow Ya Mind,” Mary J Blige’s “Family Affair,” and 50 Cent’s “In Da Club.” With an extensive publishing catalogue to his name, Steve entered into the next phase of the publishing realm. In 2004, he and partner Cameron Strang formed Westside Independent Music Publishing and published number one hits such as Rihanna’s “SOS” and Sean Kingston’s “Beautiful Girls.” Cameron Strang has since become Chairman and CEO of Warner Chappell Music with whom Steve has exclusive joint ventures: Thou Art The Hunger and Mod Junkie.  To date, Steve has sold over 100 million records as a publisher.

Lindsey has a vision for recognizing and linking emerging songwriter talents and recording artists. An attestation of his innate ability to recognize major talent is multi-platinum and Grammy award winning artist Bruno Mars, whom Lindsey discovered and groomed for five years. Since its release in 2010, Bruno’s debut album “Doo-Wops & Hooligans” has sold over six million records worldwide and its lead single “Just the Way You Are” has sold over 12.5 million copies worldwide- making it one of the best-selling singles of all time.

“Steve Lindsey knows what he’s doing, and some of the best artists of our time have depended on him.”

“Steve is a great combination of old and new school. A REAL musician who truly knows his shit. We’ve had a lot of success together and he is also one my very good friends. A great teacher and a great guy.”

“Steve Lindsey is one of the rare individuals who has a great ear for talent in others but still makes hits on his own.”

“Steve’s a crazy Motherfucker, but he knows his way around a hit song”

“Steve has the uncanny ability to recognize and discover songwriting talent at the earliest stage. No one is better nurturing that talent than Steve”

“Steve Lindsey is the guard dog at the house of song.”

“Steve taught me everything I know.”

“Steve Lindsey is the rarest of teachers —a master musical craftsman, handing down his knowledge to young artists with deep insight, unbridled generosity, and an indefatigable love of music.”

“When you take great innate talent, education, experience, great ears and instinct, boundless enthusiasm the recognition of tradition plus the need to explore, invent and rule breaking one of the things you get is Steve Lindsey. All of the above is why I enjoy working with and “hanging” with Steve. I’ve worked with some greats like Phil Spector and Steve is right up there with the best of the best.”

“There are only a few people in the world that understand the anatomy of a hit and Dr. Steve Lindsey is one of them.”

“Steve was a great student and now a great teacher. I am proud to be his mentor”