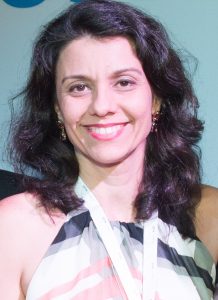 Luciana Pegorer has been in the music business since 1991, her graduation year.

A former flute player, she started out in a live concert production company, followed by seven years at Warner Music Brasil. In 2003 she founded LPE Productions, a company that holds the brands Delira Musica and Music Trends Brasil. Delira Musica is a label and publishing company dedicated to classical, blues & jazz repertoires, recognized nationally as a quality brand, today working mainly with sync licenses deals. Music Trends Brasil was created in 2016 and is the company’s branch for education and events.

Luciana served in the Brazilian Independent Music Association for 6 years, 2 as President and 4 as Managing Director. She served also as an Advisory Board member for WIN (Worldwide Independent Network) in the same period. Luciana is currently a Merlin Board Member and represents the association Women in Music in Brazil. Along with the management of her company, Luciana consults for Warner Music Brazil on classical & jazz repertoires and represents Warner’s catalogue for synch licenses. She is a representative of the Canadian company LyricFind for licenses in Brazil and also advises foreign companies on the Brazilian market, acts as speaker in conferences in Brazil and abroad, organizes and curates the International Conference Music Trends Brasil, the global marketplace for the Brazilian music industry that gathers the most influential people from the sector in Rio de Janeiro in October (www.musictrendsbrasil.com).