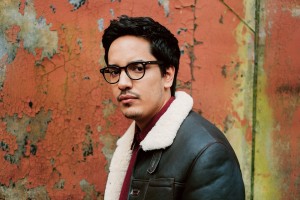 “Luke Sital-Singh is a BBC Sound of 2014 nominated singer-songwriter from New Malden, London. Gaining attention with a trio of critically acclaimed EP releases, and following a spellbinding performances at SXSW 2013, Luke signed with Parlophone Records with whom he released his debut album The Fire Inside in August 2014.

Luke’s music has had numerous placements on television and elsewhere around the world. Highlights on American television include placements on Suits, The Vampire Diaries, Parenthood, Reign andtwo on Grey’s Anatomy. In the UK, his music has been used on Made In Chelsea, The Voice, Hollyoaks, The One Show, Doctor Who, Sky Sports Football and many others. Additionally ‘Bottled Up Tight’, the lead track from Luke’s Old Flint EP, was featured on the opening credits of German film Frau Ella.”