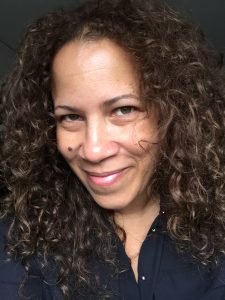 Madonna Wade-Reed, owner of whoopsie daisy, is an independent music supervisor for film and television. Madonna is currently supervising the ABC series “American Crime,” the CW series “Reign,” and the MTV series “The Shannara Chronicles.” Madonna also has credits for television that also include work on such shows as “Ascension,” ”Do No Harm,” “Jane By Design,” “Blue Mountain State,” “Smallville,” “Castle,” “What About Brian,” “Barbershop,” “One Tree Hill,” “Alias” and “Felicity.” Film credits include work on “Lovesick,” “A Thousand Words,” two “Fred” films, “The Perfect Score” and “My Boss’s Daughter.”

Prior to her career in music supervision Madonna honed her skills as an assistant in feature films, a personal assistant to a producer, a well-known actor and lastly, a successful commercial director. A love of music lead to a career move into music video production and later the position of Head of Music Video at Spy Productions in Los Angeles. All of these experiences allowed Madonna to segue her love of music into her present career as a Music Supervisor.