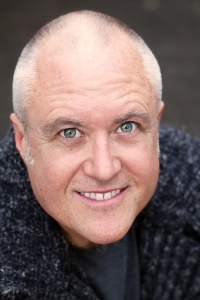 Bob Mair is the CEO, Owner, and Founder of Black Toast Music and Black Toast Records. A noted musician/composer/producer, Mair founded Black Toast Music in l990 as a leading independent music publisher/production music library and record label based in Chatsworth, CA. Since its launch, the company has placed music in many hundreds of television series, including such hits as “True Blood,” “Dexter,” “Treme” and “The Wire,” as well as such other programs as “Parks & Recreation,” “New Girl,” “Modern Family,” and “Raising Hope,” among others.

Black Toast also supplies music to TV specials and TV movies as well as high profile motion pictures, including “Neighbors”, “Tammy”, “Begin Again”, “American Reunion,” “The Oranges,” “Arthur,” “When In Rome,” “I Love You, Phillip Morris,” “Dead Silence,” “Jiminy Glick,” and others; videogames such as “Dance Dance Revolution” for Konami; Internet and National advertising campaigns such as those for Domino’s Pizza, Microsoft, Walmart, Whole Foods, and numerous, multi-media presentations.

“Black Toast Records” was launched as a new label within the company during Fall 2011.  The formation of the label was in response to the overwhelming demand from fans that have heard Black Toast music in various films and TV shows. The label allows those fans the means by which to find, listen, and buy the latest releases from dozens of the great indie artists and singer/songwriters whose music Black Toast has placed in hit TV series and movies.

Among the artists whose music is represented by the Black Toast Records Label are Elijah Honey, Hermanos De Alma, Arias Troubadours, St. John, Sonny Ellis, Paul Otten, G-Stack and Kelly Pardekooper. Black Toast has previously placed music from these indie artists within “Dexter”, “True Blood,” “Treme,” “Homeland”, “Supernatural,” “Modern Family,” “Weeds,” “How I Met Your Mother,” “Sons of Anarchy,” “CSI Miami,” and countless other entertainment properties. For the first time, these tunes are now for sale via Black Toast Records.

ABOUT BOB MAIR PRIOR TO FORMATION OF BLACK TOAST:

As a composer/producer, Bob began his career in the 1970’s as a touring and studio bass player. Throughout the years, he has recorded and/or performed with such artists as Hank Williams, Jr., Chuck Berry, Lesley Gore, Bo Diddley, Wayne Kramer, Nels Cline (Wilco guitarist), Sam Moore, Del Shannon, Stewart Copeland, Brian Wilson, and many others. During the 1980’s, Bob was a session bass player on numerous records, jingles, and hit TV shows, including “Step By Step” and “Family Matters.”