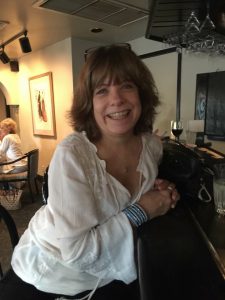 Marghie Evans is managing partner at Do Write Music where she oversees publishing administration for various songwriters including Ed Hill, Bobby Pinson, Ira Dean, Janis Ian and Felix Cavaliere. Do Write also provides licensing and label services including music supervision (“Marty Stuart Show” and “The Jimmy Dean Show” for RFD and ESPN movies “Boys of Fall” and “The Color Orange”. She cleared the audiovisual components for the Ryman Auditorium tours and is a consultant for audiovisual web site content to the Country Music Hall of Fame.

Originally from Canada, Marghie was a professional singer/songwriter signed to RCA. In the late 80s she moved to England where she became Head of Rights and Clearances for PolyGram Filmed Entertainment and eventually Universal Home Entertainment. Her credits include “The Cream of Clapton”, “The Who: 30 Years Maximum R’n’B” and “Sultans of Swing: Dire Straits Greatest Hits” video compilation.

In 2002, Marghie moved to Nashville, first as an independent consultant on projects such as producing TNN special “The Players” for DVD and Kathy Mattea’s PBS Christmas special. She also freelanced licensing and worked with Billy Block on some projects. In 2009 she formed Do Write Music with Dwight Wiles and recently celebrated Music Row Song of the Year award with Ed Hill for Luke Bryan’s “Most People Are Good”.