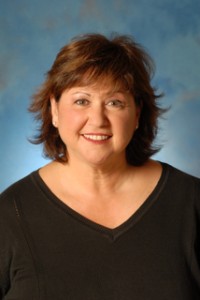 Mary Jo Mennella founded Music Asset Management, Inc. (MAM), an independent music publishing and consulting company, in 2006 and is based in Encino, California. The firm specializes in music administration services for songwriters, composers, music publishers and media companies. The company prides itself in maximizing its clients’ earnings with an emphasis on domestic and international copyright, royalty and licensing administration.

MAM’s worldwide publishing representation roster includes Hunnypot Unlimited, whose ASCAP & BMI award-winning artist, Far East Movement, topped the charts with its worldwide smash “Like a G6” on Interscope/Cherrytree Records. “Like a G6” along with its follow-up single, “Rocketeer”, were among the most performed Pop, Dance & Urban songs worldwide from 2010 through 2012. Silver Side Productions, Tena Clark, Shawn Clement, Harry Shearer, Judith Owen and Score Revolution LLC are also represented by Music Asset Management.

Prior to launching Music Asset Management, Mary Jo was the Senior Vice President and General Manager of Music Publishing at Fox Filmed Entertainment and was charged with overseeing the publishing and master recording catalogs for 20th Century Fox, Fox Broadcasting and affiliated production units including their sports, news and cable units. Before joining Fox, Mary Jo was a key executive at Saban Entertainment and at ASCAP where she began her career in the entertainment business.

Mary Jo serves on the Songwriter Hall of Fame Board of Directors and is Chairman of West Coast events for the organization. Mennella is a past president of the Association of Independent Music Publishers; past Chairman of the City of Hope’s Music & Entertainment Industry Group and was the recipient of the Women in Music Touchstone Award in 2000 for her contributions to the music industry.