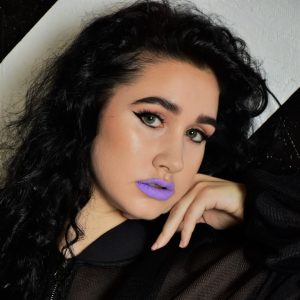 Hi! I’m Mavenne [“maven”]. As a producer-songwriter and artist, I’d love to help you with your latest project and offer quick turn-arounds with one-stop clearance on most items, although I have a few collaborative projects with other producers such as Grammy-nominated writer-producer Matthew Bronleewe (Ruelle, Fleurie) and also trailer composer and former Head of Music for Ant Farm, Simone Benyacar (who wrote such masterful trailers as “Mission Impossible: Fallout” and “Lord of the Rings: The Two Towers”). I also work with Rob Kleiner (Sia’s vocal producer) to record many of my vocals and master all of my personally produced tracks. Richard Harris (#1 Billboard EDM song “Lie To Me”/ Cole Plant) does all of my mixing, and has also been a collaborator in songwriting. I’d love to help you with your next project and try my best to help with accurate tagging/metadata and ease of use. (Did I mention I love DISCO?)

I write primarily Alternative music with electro-pop production, and in the tradition of some of today’s great female singers such as Lana Del Rey, Marina, and Sia. As an artist-producer, I love the entire creative process, from writing, laying down vocal tracks & harmonies, to exploring the limits of the newest production software. With a 3-octave range, I have great flexibility in my writing and am a prolific writer with a 5-hour catalog. I’ve won several awards that you can read about on my website: https://mavenne.com/epk (password: epkguest ). Two of my recent awards include a California Music Video Award (for “Faraway Far”) this past year, as well as being named in the Top 3 for Pop in the John Lennon Songwriting Contest (2018, Session I) organized by Yoko Ono! I hope you enjoy this small catalog sampler I put together for you (link below). I look forward to connecting during the Summit!