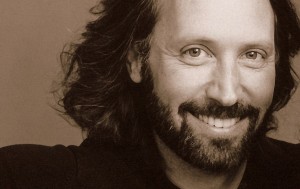 Scott Mednick has worked on more than 200 motion pictures in capacities ranging from marketing, on-screen graphics and production on films that include The Matrix, X-Men, Walt Disney’s Fantasia, A Few Good Men, Groundhog Day, Dirty Dancing and An American Werewolf in London. Films that he has been on the financing and production teams of have grossed over $3 billion at the box office.

In 2004, with Thomas Tull and William Fay, he was a co-founder of Legendary Pictures. Legendary amassed $500 million from private equity and created a 25-picture deal with Warner Bros. to create an active production and finance entity.

The initial deal included partnering with Warner Bros to fund Batman Begins and the sequel Batman: The Dark Night. Mednick has also served as Executive Producer of such motion pictures as Superman Returns, We Are Marshall, The Ant Bully, 10,000 BC, 300, U2 3D, Delivery Man and Where the Wild Things Are and is a producer of this summer’s hit remake of the Teenage Mutant Ninja Turtles franchise for Paramount Pictures.

In addition to his corporate responsibilities, Scott was a member of the National Board of Directors of the After-School All-Stars for 12 years, and in 2007 was awarded its Inspiration Award by Chairman Arnold Schwarzenegger. Scott was also a member of the national board of The Navy 100 celebrating 100 years of US Naval Aviation, and under President Clinton, Scott served on the President’s Committee for the Arts and Humanities ‘Coming Up Taller’ initiative chaired by Hillary Rodham Clinton.