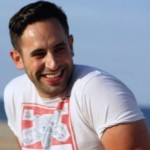 Michael Freeman hails from the rich music culture of New Orleans where he began musical training on dixieland clarinet. He headed northeast to study Jazz at Berklee College of Music and went on to obtain his Masters Degree in Music Production from NYU. In addition to working as a musician his entire life, he has spent the latter half working as an Audio Engineer, touring nationally, and producing original and licensed music for both television and film. His commercial career began at Mcgarrybowen, where his work received a Song of the Year award from Ad Age for Reebok and Vashti Bunyan and then went on to run the music department at Publicis Kaplan Thaler. Currently, he is a Music Producer at Ogilvy & Mather, where he works on global brands such as American Express, GAP, and Coca Cola to name a few. In his spare time he has Music Supervised two indie films which premiered at the Seattle Film Festival and the BBC.