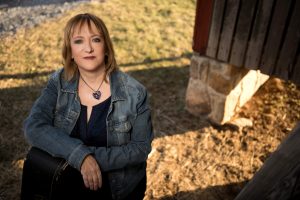 Michelle Murray is an award-winning performing songwriter in the Maryland D.C. area. She plays a combination of originals and covers that span genres including Americana, Folk, Bluegrass, Country, Singer Songwriter and a touch of the blues. Many of Michelle’s songs have been signed to various publishers and libraries for Film and TV, and she recently had songs placed in several episodes of The Young And Restless, including her recent single, Home Away From Home. She’s had other songs placed on MTV and The Lifetime Channel.

Michelle’s latest EP “In Your Warmth,” was released on January 22, 2021, and was recently nominated as best folk album for the Wammie Awards (Washington Area Music Awards). Her EP, “This Life, My Life,” was released on March 11th, 2018. This EP includes songs signed to several prestigious music publishers.