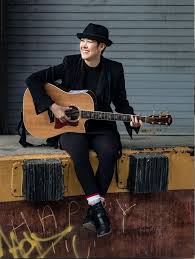 My music career began as the Bootleg Poster Child. It’s such a quaint word, bootleg, conjuring images of hillbilly moonshine and bathtub gin-soaked speakeasies. Copyright infringement sounds downright frivolous when compared to a portentous term like content theft. Like the billions which content theft drains from our economy and the millions of jobs lost, it’s serious big business. Most bootlegs these days are what we casually call ripped streams. In 1988, people were enthralled to learn that I’d been catapulted overnight to fame and fortune by a bootlegger who’d released my songs recorded at campfire on a Sony Walkman with weak batteries. “Aren’t you lucky!” they exclaimed. It’s taken thirty years, but finally, when I tell people the story of the Texas Campfire Tapes, they are aghast. “How can they do that?!” they ask me now. The fact remains. They can’t. But they did. And no one stopped them from distributing a bootleg album without permission from its creator. They just circled the wagons and created a flimsy paper trail after the crime.

When the time came to negotiate a recording contract, however, I seized my opportunity. I negotiated a five album deal, and rejected the advance. “Keep the loan,” I said. “I want the masters. And the publishing.” Fast forward six years later, two Grammy nominations later, certified gold, MTV heavy rotation and Billboard-charting singles, and the truth comes out. Like casinos, label bosses don’t like it when you beat the house and get away with it. So I was blacklisted. They wouldn’t let me leave the label, but they wouldn’t let me record new work either. It was an extortion tactic intended to convince me to relinquish control of my copyrights. And for 4 years, I was buried alive. But my lawsuit, claiming violation of my 13th Amendment rights, was settled the day before my case went to court. I was free.

With my new independence, I launched my own label in 2002. The Internet was new and I was thriving on the promises of the technology for communicating and connecting with my fans. Between 2002 and 2009 I released 11 albums. Napster wasn’t even a speed bump. MySpace was a blip. Facebook was a minor distraction, but – I clearly remember this – YouTube was a game changer. By 2009, my independent label had unsustainable returns on inventory and I could hear a distant murmur. “The CD is dead…” “You’re a content creator now…” “You need to start giving your music away for free, and you’d better be collecting names for your mailing list…”

In 2011, when my independent publishing administrator was acquired by a major, I notified them of termination of the admin agreement. I certainly hadn’t signed up to be part of a merger. But I subsequently discovered I couldn’t close a deal with another administrator. Blacklisted again. And I had insufficient knowledge of publishing administration to do it on my own.

Around this time, I discovered my Wikipedia entry was hopelessly distorting basic facts of my own biography. Trying to correcting the entry, Wikipedia informed me I lacked sufficient authority over the facts of my own life. Not long after this, instinctively, I sensed dark storm clouds gathering on the horizon over this little angry bird called ‘Twitter.’ And I knew. If YouTube was a game changer, Twitter was game over.

That’s probably more background than you needed. But here’s my point: I’ve done the impossible. Using the dull sledgehammer we call DMCA takedown, I have enforced my intellectual property rights by deliberately withholding my work, in order to demonstrate the scale of the creative destruction. Any of my work you find on the Internet is an unlicensed bootleg. You won’t find my work on iTunes. Not on YouTube. Not on Amazon. Not on Spotify. If 80 year-old consent decrees and 110 year-old compulsory licenses didn’t protect corporate predators, my work wouldn’t be on Pandora or SiriusXM either.

Thirty four years into a career with complete ownership of an amazing, critically acclaimed, internationally-recognized catalog, and I have managed to extricate myself from the biggest bootleg operation the world has ever seen. I’ve paid a high price, certainly. I’ll continue to search for alternatives where creative control and artistic integrity might be practiced beyond our digital dystopia. The current degree of DMCA dysfunction offers little light at the end of a very long tunnel, either for new or legacy artists. The .01% of artists who receive 90% of the streaming revenue may be the names you’ll recall. But for the 99% of us dying at a rate of extinction faster than the Amazon tree frog, the songs we wrote that you never heard will be all that remains of our story.