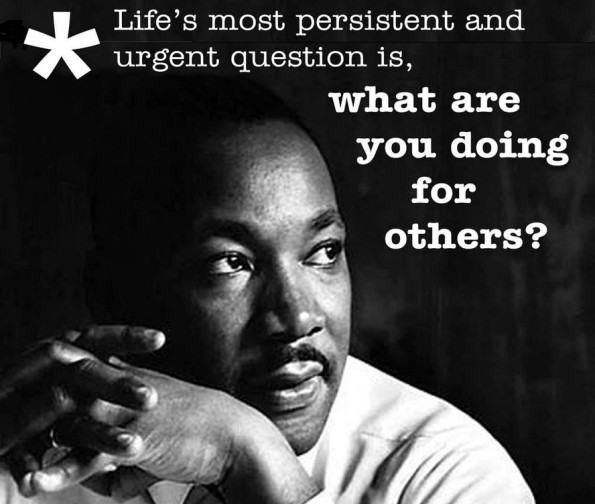 Today in the United States, we celebrate the life and legacy of Dr. Martin Luther King, Jr.

Through his work in civil rights, politics and leadership, he brought our country and the world forward and inspired us to be better people to each other.

Today, we at SyncSummit pay tribute to this great American by presenting some of our favorite songs inspired by his work and his contribution to humanity.

Mahalia Jackson – How I Got Over

The Queen of Gospel at her best, as an opening performer at King’s 1963 “March on Washington for Jobs and Freedom”

Hobo Bob and Joan Baez at the “March on Washington for Jobs and Freedom” inspiring the crowd.

If only more rap was like this these days.  A well written rap about the legacy of MLK and why it’s important today.

U2 is at their finest when they are singing from the heart.  This is one of those times.

Stevie Wonder’s tribute song as part of the advocacy for MLK’s birthday to be a national holiday.  It worked.

A Chosen Servant – The Victorious Glorylanders

This poignant tribute was recorded shortly after MLK’s assassination in 1968.