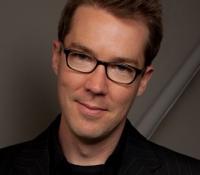 Mark T. Williams and Jeff Lippencott founded Ah2 with the hope of creating music that would have a worldwide reach. Over the past decade their music has been part of over 150 television series including such hits as: Shark Tank (ABC), The Apprentice (NBC), The Biggest Loser (NBC), Masterchef (FOX), Who Wants To Be A Millionaire and many more.

Mark and Jeff have garnered numerous industry awards including two Primetime Emmy Nominations and 30 ASCAP & BMI Film/TV awards. With their combined knowledge and skill, Mark’s vision for creating The Filtered Music Catalog has become a reality.

Ah2’s vast experience has given them an unprecedented insight into what directors, producers, editors, and music supervisors want from a score catalog. This collection of score music features thousands of recordings spanning a wide range of musical genres that will complement and enhance any project.