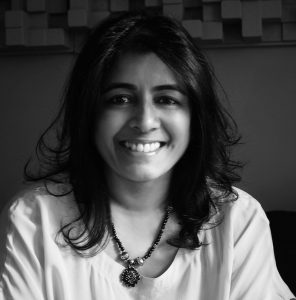 Nainita is one of the UK’s leading award winning composers for film & television.
She has written many memorable scores for broadcasters including the BBC, C4, ITV, C5, HBO, SKY, Discovery, PBS, Nat Geo, Smithsonian as well as for most of the leading independent UK film companies, and has developed a reputation for producing music that is original, rich, inspiring and diverse.

Many of her projects have won or been nominated for numerous awards including OSCARS, BAFTAs, EMMYs and RTS Awards. She has been nominated for an RTS Best Music Award 2014 for THE DAY KENNEDY DIED, RTS Best Sound Winner: Vinnie Jones: Russia’s Toughest (Nat Geo) and won the MUSIC+SOUND AWARD 2016 for the Feature THE CONFESSIONS OF THOMAS QUICK (BFI / Film4 / Picturehouse).

Her most recent commissions include the feature Doc-Musical CITY OF DREAMS – A MUSICAL first shown on the BBC and feature THE CONFESSIONS OF THOMAS QUICK (BFI / Film4 / Picturehouse).

She moves seamlessly between orchestral music and a multitude of styles fusing ethnic, sound design and contemporary music.

Other dramas include an eclectic score for the BBC Drama MAXWELL (David Suchet and Patricia Hodge) as well as the ITV1 drama TO KIDNAP A PRINCESS.

She has forged an enviable reputation in factual TV and documentaries, where her eclectic and versatile sound has contributed to a vast body of work such as scores for the BBC NHU award winning series WILD BATTLEFIELDS (BBC), BRITAIN’S BIGGEST ADVENTURES WITH BEAR GRYLLS (ITV), THE FORCE (ITV), and HER STORY (BBC).

Nainita has also sat on various judging panels for the RTS, Ivor Novellos, BAFTA, and the Emmys and is frequently asked to give talks and masterclasses in Film & TV Music throughout the UK and Internationally (from South Africa to Copenhagen) including Sheffield Doc Fest.