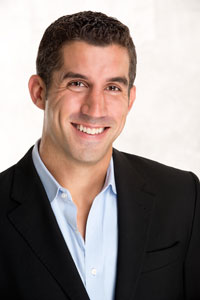 Nolan was previously Senior Director of the Creative Agency and has been with Columbia Records since 2005. As Senior Director, Nolan focused on finding and securing licensing opportunities in the advertising and sports communities. In his new role, he will oversee licensing for Columbia Records, continuing to work alongside the advertising and sports industries while also identifying opportunities for Columbia’s artists in film and television.

“Brian combines the hustle and determination with passion and sincerity like no other executive I have worked with,” notes Stimmel. “Brian’s recent work with Taco Bell, Tropicana and ESPN to name a few have significantly impacted our artists’ ability to connect with fans. I am thrilled about his promotion and hope you join me in congratulating him on this achievement.”

“I would like to thank Rob Stringer and Lee Stimmel for their ongoing support and this incredible opportunity with the Creative Agency,” comments Nolan. “It’s my privilege to be part of an amazing team whose passion to execute our artists’ vision is unmatched in the industry. Columbia Records continues to inspire me to do more every day, and I will take that energy into my new role.”

Nolan began his career at Columbia Records as Associate Director of Promotion, focusing on rhythm and mix-shows before being promoted to Senior Director of the Creative Agency in 2009. Prior to joining Columbia, Nolan served as Director of Promotion at Active Industry Research. After interning at Arista and Rawkus in college, Nolan got his start in the music industry working in the mailroom at BMG’s Washington, D.C. office before moving into the role of Field Marketing Director in Philadelphia. In 2010, Nolan was named to Billboard‘s list of “Power Players: 30 Under 30,” and was the only Sony Music employee and only promotion executive to make the list.