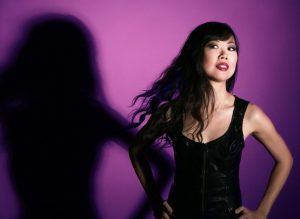 Born on the island of Borneo, composer Pei Pei Chung started playing piano at age 4 and went on to train as a classical pianist. She also became an avid fan of electronic music early on. Her trademark style is a fusion of classical and electronic elements, which allows her to create unique cinematic and pop sounds for film and TV.

She has written over a dozen television theme songs, created the music for network branding campaigns, and scored commercials, promos, feature films and TV series, including the Emmy-nominated “Endurance”. Pei Pei is a highly sought-after mixer of trailers and promos for clients that include HBO, Lionsgate, and IMAX. She is also a professional slime maker.