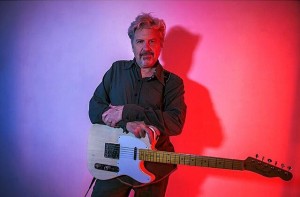 Pat Irwin is currently composing the score for the Showtimes series, “Nurse Jackie.” He has composed the scores for many independent films including “But I’m A Cheerleader,” “My New Gun,” and “Bam Bam And Celeste” as well as the HBO series, “Bored To Death.” He has also composed music for hundreds cartoons including “SpongeBob SquarePants,” “Rocko’s Modern Life,” “Pepper Ann,” and “Class of 3000.” His contributions to the “SpongeBob” soundtracks have been awarded ASCAP Film and Television Awards in 2011, 2012, 2013 and 2014.

He currently teaches a seminar in Film and Television music at NYU’s Tisch School Of The Arts Graduate Music Theater Program.