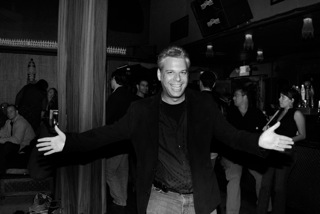 The Los Angeles native served as an executive and/or producer at various firms throughout the 90s and founded Hyperdisc Records, a joint-venture production company/record label with EMI in Japan.

Platt is also the soundtrack producer and music supervisor for the wildly successful “Saw” trilogy, Platt has also worked on the soundtracks for “Rize”; “Damages”; “Cursed”; “Rock School”; “P.S.”; “Eulogy”; and countless other high-profile productions.

As part of Justin Time Productions, Inc., Platt has Executive Produced countless concert and original long form dvd’s such as The Warped Tour, Ramones RAW, Graham Parker and The Figgs, Chicago in Chicago, World Baseball Classic DVD’s as well as the Anime Original Soundtrack Album” and DVD for “Galerians: Rion. In addition, Platt founded Jrockrevolution.com, one of the largest Japanese rock websites and on-line communitities outside of Japan. He also was responsible for setting up Image Entertainment Japan with Digital Site which handled distribution of concert DVD’s in Japan as well as established the special markets division for Primary Wave.

Platt has been also responsible for the acquisition of many high profile features in Japan including but not limited The Illusionist, Ramen Girl, Repo The Genetic Opera, Marie and Bruce and Catacombs. Currently, Jonathan is writing and producing the mobile tv series MLB.com Presents: Japan Confidential with MLB.com and Bee TV in Japan.