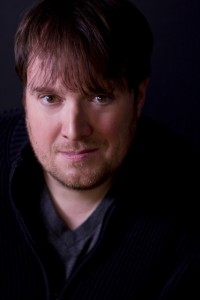 Dave Porter began his musical training at the piano at age five, and began composing as a teen. He studied classical and electronic music composition at Sarah Lawrence College, and started his professional career at Philip Glass’ studio in New York City.

Dave is the series composer for the Emmy-acclaimed drama “Breaking Bad” on AMC, and was awarded an ASCAP Film and TV award for “Breaking Bad” and the FOX Studios paramedic drama “Saved” which aired on TNT. He also served as music editor on the final season of the HBO drama “Six Feet Under.”

He was the composer for the ABC series “Red Widow,” the documentary “Bigger, Stronger, Faster”, which premiered at Sundance and is currently airing on Showtime, and the horror film, “Smiley.”  His scores also appear in the dramatic films “The Oh in Ohio” (Parker Posey, Danny DeVito), “Ultraviolet” (Milla Jovovich), and “Vacancy” (Kate Beckinsale).

Dave finished scoring the final episodes of Season 5 of “Breaking Bad” this year, further expanding the unique blend of ethnic and electronic instruments that have become a signature of the show.