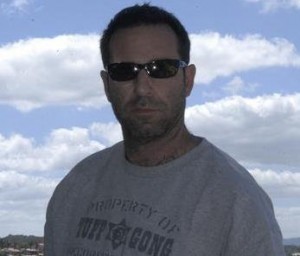 After a quarter century in the industry as a producer, brand marketer and lauded music supervisor, Next Thing CEO Paul Stewart personifies the qualities of a tech-savvy industry player relevant in the 21st century. “It goes back to me growing up in Los Angeles at time when surf/skate culture and hip-hop were just starting out with their shared genuine street-level drive for expression,” Stewart explains.

Paul originally tasted success in the late 1980s with the record label Delicious Vinyl, promoting hits like Tone-Loc’s “Wild Thing” and Young MC’s “Bust A Move”, the very first platinum hip-hop records ever from the West Coast. In 1990, the hit TV show The Fresh Prince Of Bel-Air flooded into living rooms across America. Filmed before a studio audience at fabled Sunset & Gower Studios, the studio audience was treated to a warm-up set of hip-hop hits played by a young DJ working the turntables…Paul Stewart.

Through PMP, Stewart discovered and developed multi-platinum musical artists Coolio (“Fantastic Voyage”), The Pharcyde (“Passin’ Me By”), Montell Jordan (“This Is How We Do It”) and House of Pain (“Jump Around”).Stewart continues to make waves with his partnership in 2010 with Lady GaGa’s worldwide manager Troy Carter to form Atom Factory Music Licensing, Inc.

Stewart, who has music supervision credits in over thirty five films includes Academy Award-winning Hustle & Flow (Oscar for Best Original Song), Four Brothers, 2 Fast 2 Furious and Poetic Justice..”Fundamental to signing Eminem, Dr. Dre and DMX to pioneering on-line music distributor ARTISTdirect, Stewart has long embraced the game-changing potential of digital media. Stewart’s long-lauded penchant for finding the right song at the right moment and status as a key player in the rise of hip-hop culture have made him a valued consultant and entertainment marketer for brands as varied as Puma, T-Mobile, and Dr. Pepper.

With Paul’s latest undertaking a joint venture with established publisher Notting Hill music Paul is continuing to help expose the world to new and exciting talent.