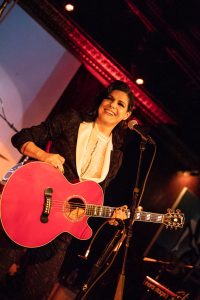 Queen V got her start playing the New York City club scene, performing at iconic venues such as CBGB and Don Hill’s. The early 2000s saw V and her band touring with the likes of Billy Idol, Twisted Sister and even opening for Bon Jovi at the Meadowlands. In 2013 Queen V and her band won the Ernie Ball Battle of the Bands and were awarded the opening spot at the Jones Beach stop of the Uproar Festival, playing alongside Jane’s Addiction, Alice In Chains and others. Throughout the course of her career, Queen V has collaborated with a wide array of talented artists. Highlights include Tom Morello (Rage Against The Machine), Vernon Reid (Living Colour), Lemmy (Motorhead), and Corey Taylor (Slipknot/Stone Sour) who co-wrote, “Say What You Want” from 2017’s Bridges, Vol. 2. 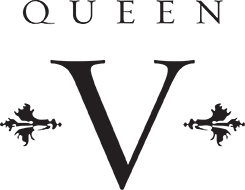 2016 and ‘17 saw Queen V playing in support of the Bridges Vol. 1 and 2 EPs which she released in February of 2016 and November of 2017, respectively. In 2018 V’s focus was on expanding and evolving her sound and songwriting, making frequent trips to Nashville, where she recorded 2017’s Bridges, Vol. 2. She is currently working on Bridges Vol. 3 with Grammy-winner Chad Carlson, who also produced Vol. 2. The first singles “”Falling In Love”” and “”Write Your Song”” are streaming now.

V recently returned to The Cutting Room for her 2nd Annual Spring Fling, next up are stops at Ulysses on June 29th for her singer-songwriter focused Royal Jam and a visit to Citi Field to perform “”God Bless America”” during the Mets game on July 25th.