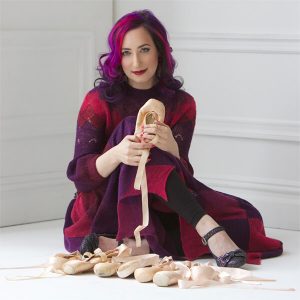 A soulful vocalist and innovative multi-instrumentalist, singer/songwriter and producer Rachael Sage is one of the busiest touring artists in independent music, performing 100+ dates a year both solo and with her band The Sequins throughout the US, UK, & Europe. She has earned a loyal following for her dynamic piano playing, delicate guitar work, soulful vocals, and improvisational audience interaction. Sage has shared stages with Sarah McLachlan, A Great Big World, Judy Collins, Shawn Colvin, Marc Cohn, Jamie Cullum, The Animals and Ani DiFranco. She has performed at the Edinburgh Fringe Festival and received numerous songwriting awards including The John Lennon Songwriting Contest (Grand Prize) and several Independent Music Awards. Her songs have appeared on MTV, HBO, the “Fame” soundtrack, and in the last 3 seasons of Lifetime’s controversial reality series,”Dance Moms”. Sage herself is a former dancer who studied at the School of American Ballet in her teens, and she has been thrilled to see her music widely embraced by the lyrical dance community over the past several years (videos featuring dancers performing to her music have received over 9.5 million hits on YouTube). Her forthcoming album CHOREOGRAPHIC delivers a musically ambitious and emotionally accessible tribute to dance, her very first love.  She “envisioned each song as a fully-choreographed multi-media experience”; the result is an inspired set of piano-based chamber-pop merging orchestral elements with her signature blend of folk, pop and rock. The album, which will be released on NYC’s MPress Records in May 2016, was co-produced by Sage and Grammy® winning producer Andy Zulla (Idina Menzel, Rod Stewart). For more information, visit rachaelsage.com.

“her keen ironic sense of humor and quirky sense of the profound is what makes her special as a songwriter“ — billboard.com