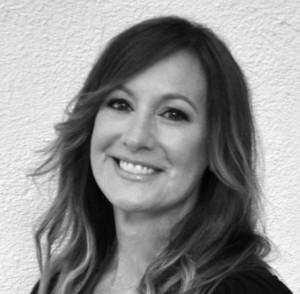 Award Winning Music Supervisor, Mary Ramos, has helped create the musical identity for over 100 films for the past 20 years.

Mary has had the honor of working with many gifted directors such as Oscar nominated Thomas McCarthy – “The Station Agent,” “The Visitor,” and “Win-Win” (for which she commissioned a new song by The National – a contender for the Academy Awards entitled “Think You Can Wait”),  Oscar Winner Quentin Tarantino – “Pulp Fiction,” “Jackie Brown,” “Grind House” and his Grammy nominated soundtracks “Kill Bill Vol. 1,” “Kill Bill Vol. 2,” “Inglourious Basterds,” and “Django Unchained” (for which, in a first for Quentin, new songs were created with artists such as John Legend, Anthony Hamilton & Elayna Boynton, Rick Ross, Ennio Morricone and Elise, Tupac Shakur and James Brown), Oscar nominee Richard LaGravenese on his films “P.S. I Love You,” “Freedom Writers” (featuring an original song by Common and will.i.am entitled “A Dream”), and “Beautiful Creatures” (for which, Mary asked Dhani Harrison and his band thenewno2 to create an unique score comprised of electronica, “swamptronica” and orchestral melodies),  Robert Rodriguez – “From Dusk Till Dawn,” Helen Hunt – “Then She Found Me,” and Allison Anders on “Grace of My Heart” (for which, Elvis Costello and Burt Bacharach wrote the iconic song “God Give Me Strength”), among others.

In addition to film music, Mary worked with legendary music producer Rick Rubin to create the platinum selling “Chef Aid” soundtrack for the Comedy Central show “South Park”, and she has worked on music for various global ad campaigns and television programs.

Currently, Ramos partnered again with Thomas McCarthy on his new film “The Cobbler” starring Adam Sandler and Dustin Hoffman, and she is supervising music for director/writer/actor Zach Braff for his much-anticipated follow up to “Garden State,” entitled “Wish I Was Here” (July 2014), for which, original songs are being written by artists such as The Shins, Coldplay and Bon Iver’s Justin Vernon.