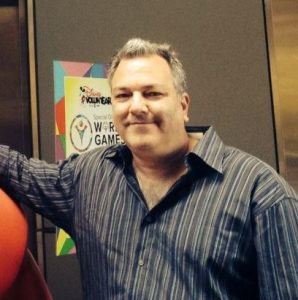 Randy Frisch founded LoveCat Music in 1999. Prior to that he was an independent musician and songwriter and then a lawyer in the music industry. He has written articles on copyright law that are entered into the US Congressional Record. Randy also enjoys watching all types of music-based films, especially rockumentaries.

LoveCat Music is a music publisher with a catalog of over 7,000 songs by great artists from around the world. Founded in 1999, it originally focused on indie rock — notably Evan Olson and Los Straitjackets. Over time the catalog has grown to include hiphop, country, jazz, dance and world music. LoveCat is one of the most active Latin and Russian music publishers in the business, with writer-artists from Russia, Ukraine, Colombia, Mexico, Spain, and Ecuador. Songs from the LoveCat catalog are licensed in various films and television shows including Stranger Things, Deadpool, Paddington, Atlanta, Ladybird, The Sopranos, and many more.