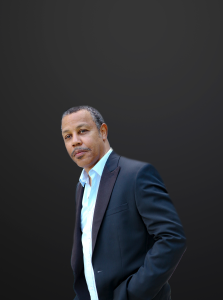 Background: Reggie graduated from Kentucky State University with a Bachelor of Fine Arts in Music degree. In 2011, he began providing financing for artists and publishers who needed a way to monetize their royalty assets. Reggie directed a sales team that was instrumental in bringing thousands of song titles to the market including the music of artists Whitney Houston, 50 Cent, John Legend, Will Smith, 3 Doors Down, J Lo, Lil Wayne, Justin Timberlake, Timbaland, Earth Wind and Fire, Travis Tritt, and more.

As a five-time Grammy-nominated artist, Reggie has always displayed a unique ear for music and business. It is no surprise that this music pioneer received a Grammy nomination for R&B Songwriter of the Year for the hit song “Casanova” in 1987.

Musical Anecdote: Best known as the founder of the popular Techno-funk band, “Midnight Star”, Reggie led the group to international success writing, producing, and arranging a string of top mega #1 hits including “Operator”, “No Parking On The Dance Floor”, and “Freaka-zoid”. He has penned songs for Levert, (“Casanova”), Teddy Pendergrass (“Joy”), Gladys Knight, (“Love Overboard”) and Natalie Cole (“Jump Start My Heart”). One of Reggie’s original compositions entitled, “I’ll Be Good For You”, was featured on N*SYNC’s 10X’s-platinum CD, “No Strings Attached”, the best-selling Album of the last decade. Reggie is also on the Board of Directors of The California Copyright Conference and The Funk Music Hall of Fame, and is a Recording Academy District Advocate.

Sound Royalties: “As a lifetime creative and music business enthusiast, I have always dreamed of a way to empower all creatives through financing. What we are doing at Sound Royalties is bringing that passion to life by giving others a way to reinvest in themselves and make their dreams come true.”